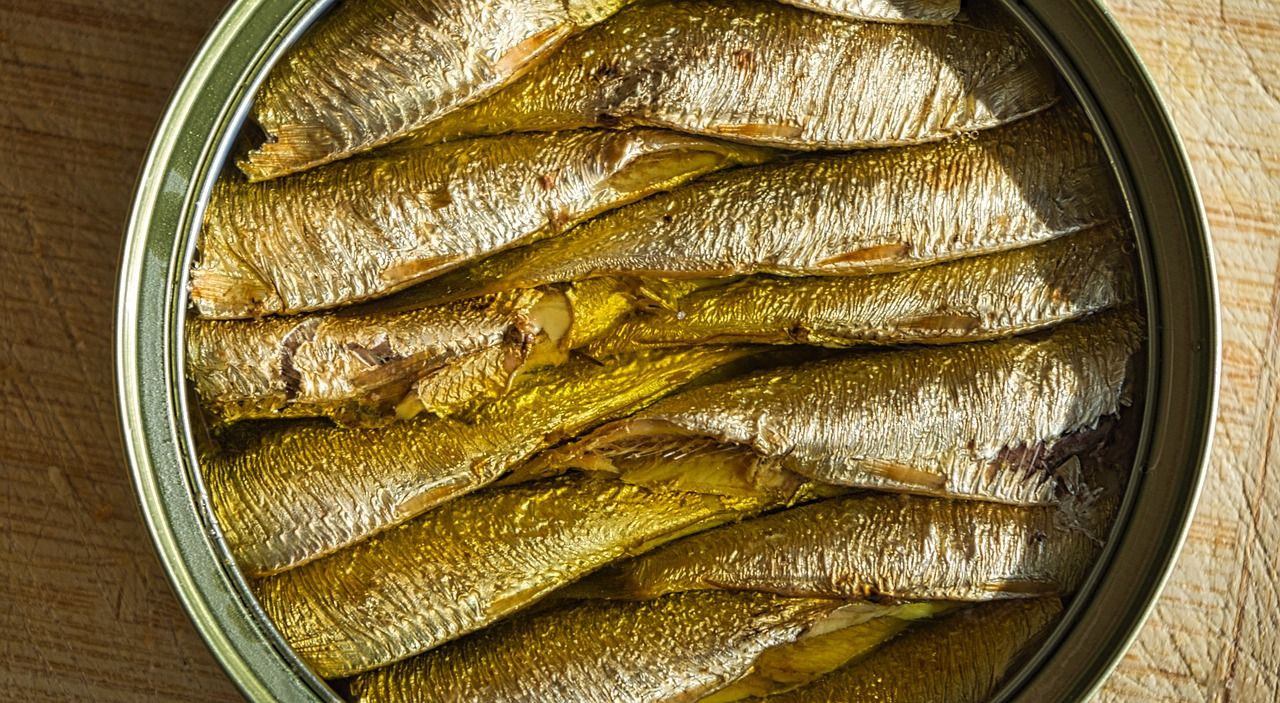 In my #TuesdaysWithTimbul series I mentioned a can of fish as one of three utmost basic items that turn any place into a home for me (others are paper towels and art on a wall). The canned fish drew huh-inquiries, so I’d like to explain beyond it being an unperishable source of protein. Reading Toast: The Story of a Boy’s Hunger by Nigel Slater, a food-driven memoir, I reflected on my own culinary memory.

I’m 10 years old. The country is about to collapse. There are shortages of everything. This time was marked by empty shelves (see this photo essay), government-rationed essentials (sugar, flour, butter), and long lines outside food stores with unsure supply. We’d wake up pre-dawn to get “a reasonable spot” in the queue just in case something got delivered that day. If you got there too late, stuff might run out before your turn.

PART A. My favorite shop in town was The Ocean, a seafood store. Oh they had ice everywhere and you could “steal” a handful to keep cool. “Nowadays” it was dry and empty. My parents knew someone there, so sometimes we’d get a landline call about a random delivery of canned fish. You never knew what was coming. I remember the thrill of rushing there to discover if we were going to get Atlantic tuna (in oil or “its own juice”), Black Sea mackerel (in acidic tomato sauce that made my teeth feel weird), the pickled northern herring (I acquired a taste for it much later), the Pacific saury (yum, my favorite) or – if lucky – the coveted smoked sprats (these came from the Baltic region and it was not uncommon to keep a tin until the New Year’s feast or someone’s birthday; it was special occasion only). We got however many cans were allotted per person. They had bright labels and I’d check on them in the cupboard daily. They contained a window into the waters of the world and a delicious promise of tomorrow. As long as we had canned fish, I knew we’d be alright.

PART B. Around the same time, Soviet/Russian media began loosening restrictions on information from abroad and we got American films (peak Stallone, Schwarzenegger, Van Damme), foreign music on the radio (Madonna made me gay), and travel reports on the one television channel. One night there was an hour-long program about Paris Fashion Week. It blew my mind. I had not seen anything like it. Everything about it was other to my childhood. There were no words to describe what I witnessed. Reality required a new language. I wrote down names of designers from the show: Christian Lacroix, Hubert de Givenchy (that de drove me crazy), Nina Ricci, Paco Rabanne (with metal gowns!), Gianfranco Ferré, Emanuel Ungaro… “Emanuel Ungaro” was my favorite name; I loved the feeling of it in my mouth. I recited them like a mantra – on the way to school, in shop queues, hiding from bullies in a park. As long as I could summon the sense of wonder “paris fashion week” gave me that night, I knew I’d be alright.

In my hungry heart, the names of fish and designers became intertwined:

Canned fish as the epitome of luxury lifestyle.

This is hardwired into my DNA.

Soviet Union collapsed. We survived the aftermath. I held onto my sense of wonder and love of canned fish. In 2017, I attended Paris Fashion Week as a journalist contributing to a two-part story for Forbes. Since 2019, I have mentored the brilliant students at International Fashion Academy in Paris as a guest lecturer on cultural competencies in fashion PR and a thesis adviser. This was too outlandish to ever even be considered a dream for a Soviet boy, but my Paris came true. Then, also, I got to visit the Museum of Seafood Canning Industry in Vigo, Galicia. It was my version of being “a kid in a candy store”. I cried. Luckily, I was the only one there (I mean, who goes to a canned fish museum?!) because I couldn’t yet explain why a sardine tin retrospective got me so emotional… It’s time to upgrade my bucket list. As Oprah once said to Alan Cumming: “You gotta get bigger dreams!” 🙂